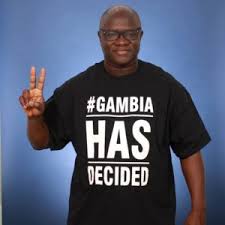 The leader of Alliance for Patriotic Reorientation and Construction (APRC), Fabakary Tombong Jatta, said he’s concern over the appointment of Alhagie Barrow as director of Research and Investigation of the Truth Reparation and Reconciliation Commission (TRRC).

Mr. Barrow, was appointment as director of Research and Investigation early August with the mandate to oversee and direct the work of a team of researchers, investigators and statement takers and work closely with the executive secretary and commissioners to deliver on the mandate of the TRRC.

His appointment, since then, has created a room for criticism among politicians on the grounds that he had been  involved in a coup ďétat during Jammeh’s time.

“Even in court, when I am a judge and see someone who is very close to me or my family I will rescue myself,” he said.

According to him even if they do justify it, it will be difficult for one to believe that they can do justice. “There are independent and competent people in The Gambia so why appointing those people? It compromises the truth and reconciliation we are talking about.”

Fabakary Tombong Jatta said: “You want to kill me and remove me from my position and now you are the individual that is called to say the truth. There are Gambians here who do not belong to any political party and are genuine people,” he added.

Jatta said an individual who was involved in coup ďétat should not be part of anything because that one is a criminal. “Let political affiliation not turn you into a tribal sentiment. The youths should say no to everything that is not progressive.”