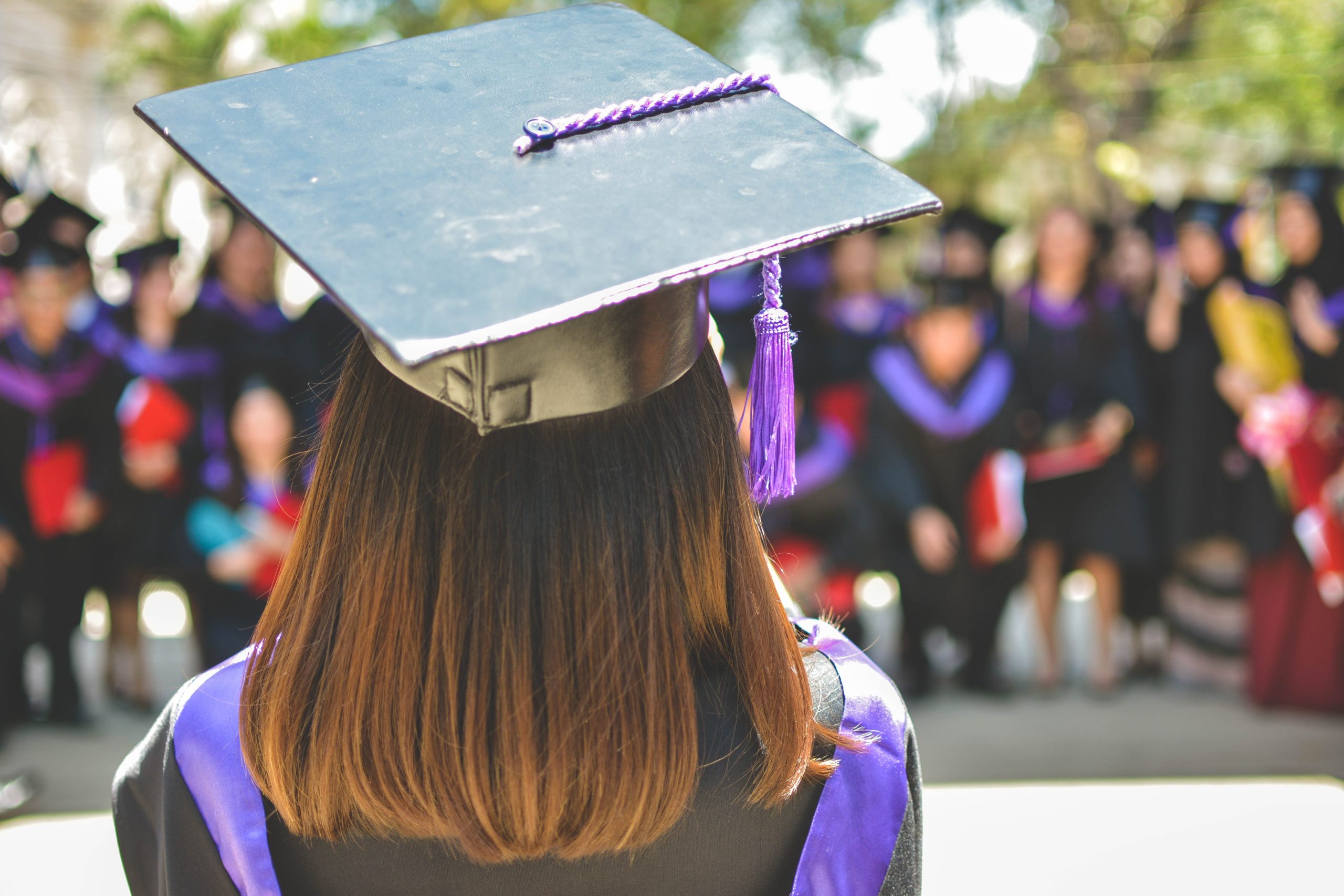 Do You Know Nine U.S. Presidents Without College Degrees?

Fatoumatta: Education is essential: Education makes a good man better and a bad man or (woman) worse. Let us not confuse our language fluency or paper credentialism as the best measure of a person’s intelligence or ability to do a particular job for someone’s brilliance of thought and acting smart as a trait of being an exemplary leader be President.

An exemplary leader never wants to be the smartest person in the room. A good leader never wants to be the brightest person in the room—and if a particular leader thinks so, he or she must be in the wrong room. Great leaders seek to surround themselves with experts and masters of specialized crafts. The leader’s job, then, is to play the orchestra.

Leaders make people believe. It is down to biology. They do not identify with the frontal cortex of their brain. They identify with the limbic part of the brain, where “gut” decisions come from. You will often hear people say that they can feel a person not necessarily from their argument’s logical force but from a deeper instinctive place that just resonates with them.

Fatoumatta: Nine American presidents and State governors who did not go to college are George Washington, Andrew Jackson, Martin Van Buren, Zachary Taylor, Millard Fillmore, Abraham Lincoln, Andrew Johnson, Grover Cleveland, and Harry Truman. I tried to reason the constitutional provision on President of the Republic of the Gambia’s qualification in the 1997 Constitution. I would concur that no person may be elected President unless he is a natural-born citizen of the Gambia, a registered voter, able to read and write, at least forty years of age on the day of the election resident of the Gambia.

Evidence has shown that two of Africa’s grand statemen did not have a college degree, only a secondary school certificate, and military training. Captain Thomas Sankara and President Paul Kagame have shown the world that leadership is a choice. It is independent of position; it is an inside job. It is earned by action. It is transferable, and it is scalable. As Amilcar Cabral said – to put the interests of the masses first.

History has revealed that nine United States presidents without college degrees never attended college or completed a degree. So how did they make it to the White House? Two things—literacy and a healthy dose of curiosity. Each of these presidents knew their education had been limited and —some of them with as little as one year of formal schooling! Each of them decided to own their education and take it beyond the classroom. They filled their libraries with great books. When they wanted to know something, they would go to an expert source. They knew education could be gained without years in school. They studied law without going to law school. They had tutors and mentors—men that they trusted for information. In time, they became the experts.

Our modern, information-saturated society, unfortunately, believes education must take place in the traditional classroom setting. Having a college degree makes presidential candidates attractive. It makes anyone attractive. It is essential. However, here is the rub. You do not even have to step inside a lecture hall to be educated, no matter what the college admissions officer tells you. It is not daily attendance to lectures that make someone great. It is the desire to learn. The curiosity that propels you to study, to know a subject deeply.

When you combine that curiosity with practical life experience, you have the raw potential for greatness on your hands. You can study like the presidents and still get your degree. That is one of the main appeals of Unbound. Unbound students are gaining real-life experience while earning college degrees outside of the traditional classroom. For them, it is not an either-or situation. They do both, and so can you.

Fatoumatta: Nine U.S. presidents have proven that it takes more than just a college degree to achieve greatness. What can you be doing in addition to earning your degree that will set you apart? How extraordinary that we live in a time when education, critical thinking skills, knowledge of history, and intelligence are not virtues but the mark of the elite. I reject the idea that “good old common sense” with a dollop of superstition makes one suitable for leadership. Perhaps if we had a more educated electorate, have better supervision in the country. Education, by whatever means, is not a negative. Nevertheless, just because a leader does not have a college degree does not mean that leader is a bumpkin only fit for a minimum wage job.

Unfortunately, getting a college degree does not mean that someone is smarter or more qualified to be a leader. You can be a book smart and life or street stupid. No number of degrees will make someone who is not ready for the real world when they enter politics. The nine presidents who did not go to college are George Washington, Andrew Jackson, Martin Van Buren, Zachary Taylor, Millard Fillmore, Abraham Lincoln, Andrew Johnson, Grover Cleveland, and Harry Truman. Unlike president Woodrow Wilson, they were influential leaders. The only U.S. president with a doctoral degree in United States history is Woodrow Wilson, the 28th U.S. president and described as one of the worst presidents in U.S. history.

Fatoumatta: In Africa, Presidents Maitre Abdoulaye Wade of Senegal, Dr. Laurent Gbagbo of Ivory Coast, and Dr.Robert Mugabe(six academic degrees and five honorary degrees) of Zimbabwe, Dr. Alasssan Quattra a Professor Alpha Conde, and Dr. Yewori Museveni of Uganda are bulimic educated elites with the highest level of education hoard their countries little national wealth that is still available to shamelessly enrich themselves, accumulate stolen capital in tax havens, sending their children to get a university education in Western countries before they return to perpetuate the system that oppresses the people, in complete collaboration with the Western powers which continue to pillage the continent in total impunity. The example of bad leadership on record as the worst educated leaders in Africa with extraordinary academic accomplishments.

For instance, Maitre Abdoulaye Wade, Professor Laurent Gbagbo, Dr.Yoweri Museveni, and Dr. Robert Mugabe, Professor Alpha Conde,Dr. Museveni had a good education, transforming them into freedom fighters and dedicated Pro-Democracy Activists. The Ugandan President read Economics and Political Science at the University of Dar es Salaam in Tanzania. He was a Marxist, radical pan-Africanist who later led armed insurrections against his country’s serial abusers. He has been in that power since 1986 and has done worse than Idi Amin and the successor-dictators he overthrew.

However, most of Africa’s leaders are very knowledgeable with a deep understanding of history, Economics, Governance, Political science, Law, Public Policy, Sociology, Engineering, and Military Science, and maneuvers, name it. What is their governance record?

All biases aside, listen to Africa’s smartest leaders speak and write. In Africa, the other person who played in his intellectual league was Dr. Robert Gabriel Mugabe. And very few others. Politicians who have that ability draw in their path a legion of fanatical followers. We have seen Maitre Abdoulaye Wade freely tell us about world economies, about the history of Pan Africanism and African renaissance, about danse macabre in France, and then Pan African rhetoric and his Africa Resnaasice philosophy of Infrastructure of utopia: ruination and regeneration of the African future as a defining aspect of the materiality of modernity and then people go mad. President Museveni mixes such things with successes of his 36-year reign and threats of going back to the chaos of the 60s, 70s, and 80s.

Fatoumatta: Captain Thomas Sankara and Paul Kagame do not have a college education but have projects that reshaped their people’s living conditions in a meaningful way. They impacted people’s consciousness, contributing to changing people’s attitudes formed by a set of beliefs dating from feudal and archaic times. Sankara and Kagame, without college degrees, achieved what no African head of state has managed to be accomplished: To give back to their people the dignity they had lost through centuries of humiliation and exploitation by colonialism and the elites of the post-independence era.

The improvements in the living conditions of the people of Burkina Faso and Rwanda is the result of the excellent leadership from the Sankara and Kagame, from the construction and reconstruction across of many mega infrastructures to allow rural populations to cultivate many crops during the year, increasing their sources of income, to the complete transformation and the accomplishment of ambitious programs to clean up ghettos.

Exemplary leadership and wisdom can motivate and inspire others to take positive and sustainable action. This principle is not pegged to the number of followers. It can just as easily apply to a household or a relationship.

Fatoumatta: The underlying objective is not merely to lead but how well we show that counts. At the most basic level, a true leader must live by example. All talk and no action will not cut it. I will not emphasize this enough, and we are all capable of being great leaders. We are already leaders in some way, shape, or form and within certain circles. From the level of close relationships to groups to community to country, continent, and the planet, we can provide leadership.