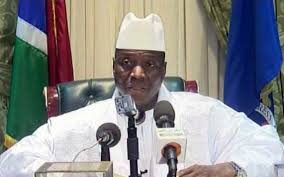 All assets belonging to former President Yahya Jammeh and Muhammed Bazzi – a business tycoon will be forfeited to the state, Justice Ministry has announced on Wednesday.

The ministry’s announcement came following findings made by the Commission of Inquiry into the financial activities of the former Gambian president and his close associates.

In April this year, Justice Minister Abubacarr Tambadou revealed the Janneh Commission’s report exposes former President Jammeh’s financial activities ranging from complex webs of intricate and sophisticated international financial transactions that bear all the hallmarks of criminality and money laundering in particular aided by his close associates, to shameless acts of brazen outright thievery at the Central Bank of The Gambia.

While the Ministry of Justice continue to share reports in order to advise the President for necessary actions to be taken, to implement the recommendations of the commission, the president has approved and the government has taken the following measures as part of its recovery efforts against the former president:”

The state also announced the immediate forfeiture to the state of all movable and immovable assets including developed and undeveloped landed properties, chattels, shares and other acquisitions by Muhammed Bazzi, a close associate of former president.

“The immediate forfeiture to the state of all monies in all frozen commercial bank accounts in The Gambia upon the expiration on 17th June 2019 of the frozen order of the High Court,” the minister further announced.

“All financial institutions in the country especially commercial banks are hereby advised to take note of this action and announcement which will soon be followed by correspondence specifically address to each of them.”

The president has also approved the establishment of inter-ministerial task force at both the technical and ministerial level, comprising the Ministry of Justice, Finance, Local Government, Lands, Tourism and Agriculture to handle all matters in relation to the said interim measures and to deal especially with third party interest arising from claims of properties acquired by former president and taking into account of the recommendations of the commission, the minister said.

He added that the propose Commission of Inquiry into lands that were unlawfully confiscated, demolished otherwise unlawfully acquired by Jammeh will no longer be necessary as the said task force will now handle all third party claims to properties visa-vis Jammeh to the extent possible.

He informed that all those persons whose properties were acquired by former president through judicious sales by the Sheriff of the High Court could contact the Solicitor General or Attorney General at the Ministry of Justice, in person or through authorised third parties between 24th and-28th June 2019.

“All other persons with claims of properties of Jammeh are hereby advised to put their claims in writing to the Ministry of Justice by 28 June 2019 and not to interfere with any of the said properties forfeited to the state.”